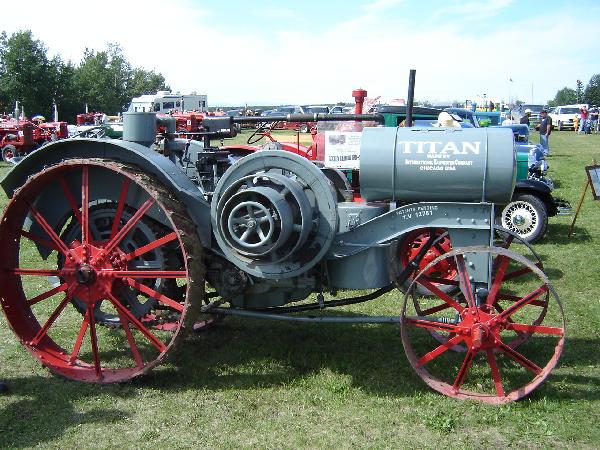 “The Massey – Harris Model 25 made its debut in late 1932 as an updated version of the Wallis 20/30. It was more powerfull due to an increase in engine RPM from 1050 to 1200, for a 26/41 hp rating. The model 25 engine was a vertical four… displacing 361 ci. Nominal fuel was kerosene or distillate. A three speed transmission was featured. Service brakes were provided, but were not individually useable for steering assistance. It weighed about 5000 pounds and produced a maximum drawbar pull of 3534 pounds in Nebraska test #219… Around 14 000 model 25s were sold between model years 1933 and 1938. A red styled version followed and was produced until 1946, although only 1000 were sold. Power features remained the same as for the unstyled Model 25.”

Currently the plan is to find it a suitable home for good financial return, however, should this not be evident in the coming months, we will begin a slow restoration process to shore up the ravages of time. Who knows, you may even see me at a tractor pull near you.

This unit was owned by one family from southern Alberta. It was running up until 15 years ago when it was parked. Due to the arid conditions of the location the paint is in very good condition for it’s age and the rust is minimal. 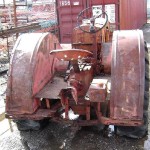 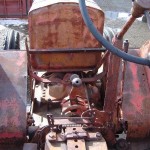 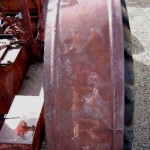 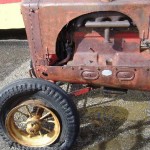 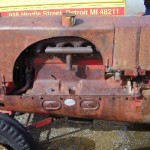 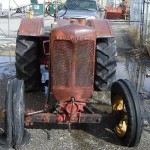 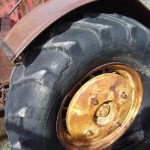 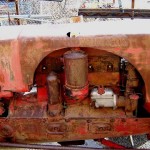 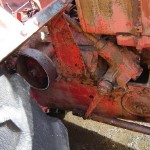 We began to get into the process of discovery.  We found that critters had gotten into the exhaust manifold but overall the insides were good with very little rust.  It is likely that the critter litter had stuck the piston head due to the acid.  We vacuumed out the head and added Diesel / Kerosene mix.  We will come back and pull the full head off in a week or so to check what the damage on the pistons are.  I would hope to have the engine unstuck shortly.  Below are some pictures of our work. 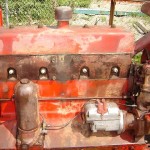 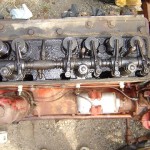 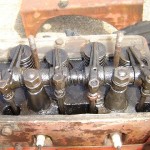 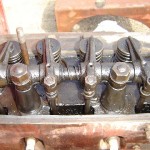 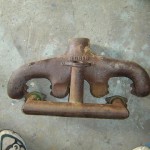 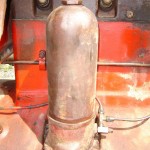 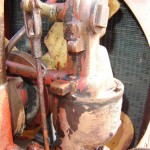 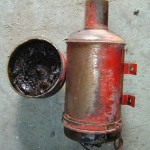 Some of the Tractors at Leslieville – 2006 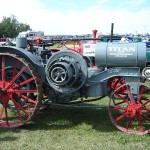 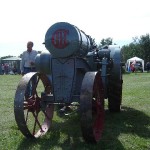 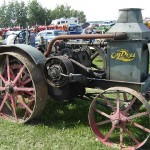 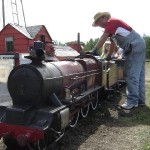